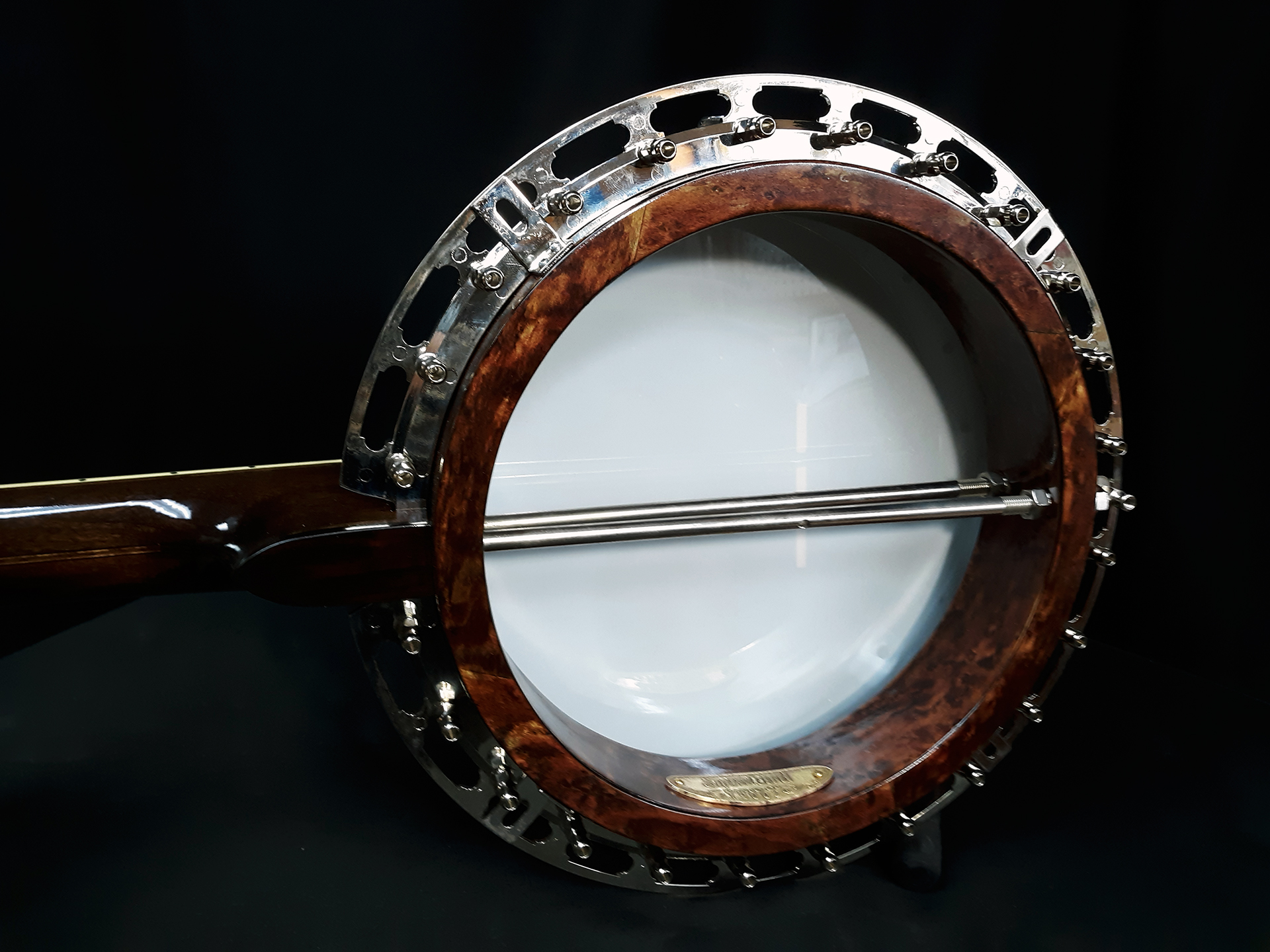 You are reading that right, a first has been made at Snowbird Banjo Company. While it may not seem like much of a milestone for many, I started this company as an open back banjo company, mainly because that was the type of banjo I built for myself. I really had no experience with Resonator banjos other than repairing existing ones. But as time went along, it became clear that in my area of the Ozarks, “Bluegrass is King” and is a very typical type slogan you would find. Grant it, that doesn’t mean there are not any “clawhammer” players who play resonator banjo here, it’s just not a typical sight.

So, here is the first resonator banjo I’ve built. This is a custom pre-order for a customer who also had me do the Gibson Plectrum Conversion (see photo at right).

After working with the various types of resonator banjos that I’ve have, I’ve used that information to begin designing a “standard model” resonator banjo. For all of those folks out there interested, I’m considering calling it the “WhiteHawk” however, I’ve only lightly researched other companies and confirmed if there is such a banjo with that name or not. So the name is subject to change.

For now though, this particular banjo is pretty standard, it has a Nickel plated brass flat top tone ring, a Prucha Mastertone style one piece flange, and standard 5 star tuners. There are more ideas that I have for a “standard model” but for now, I am using existing hardware on the market.

The fretboard and head-stock are of old Rosewood that the customer already had. We found a nice portion that had a flame going right through the middle, so we utilized that to match the fretboard.

The neck has a two way adjustable truss rod that is accessible via the heel to avoid the unsightly plate on the head-stock. I’ve never been a fan of those.

Here is a little introduction of the banjo and a little of how it sounds.